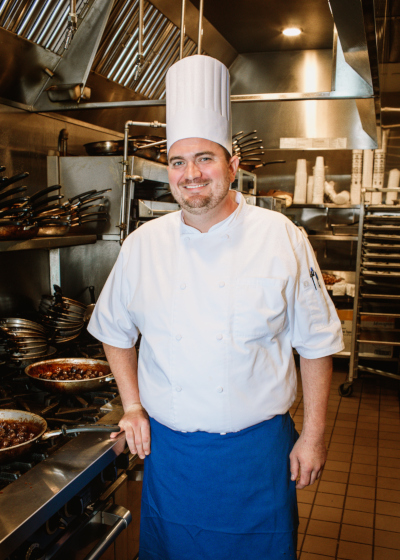 Chef Sean Force, originally from Lansing, MI, has traveled the country in a search for culinary experiences to help him bring a unique flare to his culinary creations. He is a big proponent of sourcing local and utilizing seasonal products in his kitchen, especially when it comes to French cuisine. Over the last twenty years, he has gained a reputation for his expertise in butchery, his vast techniques cooking seafood, and his leadership skills at national restaurant groups. He has taught a variety of cooking styles and techniques at numerous cooking schools across the country.

Chef Force believes that French cuisine is the basis of all cooking. As Executive Chef of The Statler he plans to create dishes that incorporate French cuisine basics, adding a special flair by making old things new again and allowing dishes to evolve. He will work closely with Master Chef Scannell to create seasonal menus and daily specials that will allow guests to experience a taste of France both at The Statler and The Statler Market.